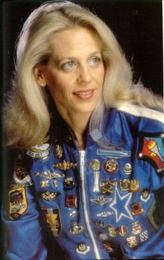 Suzanne Mitchell joined the Dallas Cowboys Football Club in 1975. The story goes she sat across the desk from her soon to be employer Texas E. Schramm and when he asked the traditional interview question of where she wanted to be in five years, Suzanne gave a not so traditional response, “Your chair looks pretty comfortable”. Tex’s laughter roared across the desk as he shook her hand and said, “You’re hired”. Thus began an incredible journey. Suzanne sometimes known as “Mom”, Mitch or the Iron Butterfly was asked by Tex to take over the Dallas Cowboys Cheerleaders in “her spare time” after the 1976 Super Bowl. And takeover she did, she took a group of young women that were not that well known and put them on a national stage, overnight they were America’s Sweethearts and the most sought after group in the country. And over the next decade almost every other professional football team followed her lead. She is known in the NFL Cheerleading circle as the “Godmother of professional cheerleaders”.
Born in Fort Worth, this Texas Legend has traveled the world and was quite successful before joining the Cowboys organization, she worked for a Park Avenue Publishing House as well for the U.S. Ski Team, but it was as Director of the Dallas Cowboys Cheerleaders where Suzanne found her home and enjoyed tremendous success. She made two Dallas Cowboys Cheerleaders TV movies with ABC, two episodes of the Love Boat, appeared on too many TV shows to list as well as the Country Music Awards. Unlike today as Director she went on every single DOD/ USO Tour with her girls. Suzanne spent nine Christmas on the DMZ in Korea and had a marine not pushed her head out of the way she would have been shot right between the eyes by PLO random gunfire in Beirut in 1983. Her journey is so exciting and so outrageous at times does not seem real, but Suzanne not only lived every single moment, she was in charge at a time when few women were in charge. She was at the helm orchestrating every move, every press release, every routine, and every appearance, she wrote all copy and even the fan mail for security purposes went to Suzanne first and then the girls. One of her earlier employers was quoted as saying Suzanne did the work of six people and always gave 500%.
The message Suzanne wanted to depart on her girls the most was “it is not what is happening to them that is important, but what is happening thru them”. Last June Suzanne was diagnosed with Pancreatic Cancer. Pancreatic Cancer is the deadliest of all cancers with no cure and no earlier detection. Only 6% of those diagnosed live five years beyond diagnosis and more research for this deadly cancer is desperately needed. Once diagnosed Suzanne started her campaign to help others. Her message of “what happens thru you” is more relevant than ever before. Suzanne and her team helped to raise money and awareness of Pancreatic Cancer so that others never experience this devastating disease.

Suzanne is a graduate of the University of Oklahoma, she resides in Fredericksburg, TX and she is still in charge. 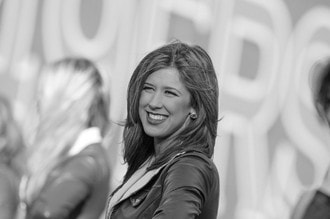 Former Gold Rush cheerleader and host of "49ers Total Access" Melissa Galvin passed away on Saturday, January 24, 2015, at the age of 34.  It was Melissa's second battle with breast cancer after initially being diagnosed in 2011.  She is survived by her husband, Patrick Dobson, children Brady (8) and Stella (4), father Tom Galvin, and sister Leann Galvin Thompson.
After her final season with the Gold Rush in 2004, Galvin stayed involved with the cheerleaders and also co-hosted her TV show alongside Joe Fonzi.
Galvin also championed the NFL’s “A Crucial Catch” campaign during breast cancer awareness month. She spoke openly about her battle against breast cancer in stories on NFL.com as well as the video below, which originally aired on "49ers Total Access" in 2011.  ​​www.49ers.com/news/article-2/Former-Gold-Rush-Cheerleader-Melissa-Galvin-Passes-Away-at-34/35e6751e-2e5f-46e2-bde2-b8a30f29f146